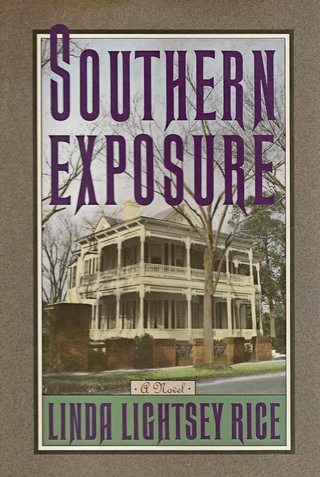 The novel that began on the day in 1988 when I learned that the first murder ever had occurred in the small town where I'd spent my lazy, carefree summers with my grandmother, a place symbolic to me of safety. That day I scribbled this on the back of a restaurant receipt: How far will people go to protect the place they love? What happens when we lose all sense of sanctuary?

In a friend's St. Paul guesthouse where I often work, 2004

“The key word in the title is ‘Exposure,’ and what she’s written is a psychological tale of exposed Southern values, community values, and the values that will push people to protect the sanctuary they love. . . . It is a vivid and compelling novel that bodes well for a major new talent.” -- The Richmond Times-Dispatch

An Excerpt from SOUTHERN EXPOSURE:

"It all really began, it certainly ended, in the swamp. Leave the town sleeping in its complacency and venture down the swamp road, a deserted two-lane that leads toward the coast. Cool midnight air blankets the hot pavement, steamy squiggles rising from it like rows of stranded ghosts. Hidden here and there in the woods are gray tarpaper shacks, blue paint outlining their screenless windows. Above the road live oak branches interlock in a canopy. The trees part over murky inlets, and hunter hawks fly low just as a water moccasin glides by beneath them. Everywhere the veil of humidity lacquers the night with a surreal varnish wherein shapes and forms transmigrate at will. What you see may be what you see--or it may not.


Then the Low Country falls lower, becomes an altitudeless underbelly of earth and water. Its darkness feels like a prehistoric realm of ancient rites, of incantation and exorcism and transmutation. A snaky narrow river, which began in the open marshes of the coast, has slithered inland to form a dense swamp so choked with vegetation that the water barely moves. In the eerie stillness verrucose live oak trees rise from the watery underworld like primitive gargoyles. The tree trunks branch out only a few feet above the black water, crouching low beneath their shroud of Spanish moss. Unable to reach the sky, spidery old branches cleave inward, hang suspended in midair, crooked and twisted and useless.


These are the live oaks of legend. Most are two or three hundred years old, rooted to ancient terra firma stained by the blood of honor and tainted by the smell of witchcraft. Oldtimers say that once this Southern tree grew straight and tall: unbent, it reached high into the sky. Legend has it that the live oak began to droop during the Civil War; as blood flowed freely around it, the tree shrank into itself. Shame stunted it forever. In Essex, children had always believed the live oak was haunted, that people who practiced voodoo or black magic had put a curse on it. Over time, touching a live oak in the swamps became a mandatory rite of passage for our young. Simply being in the swamps at night sometimes sufficed." 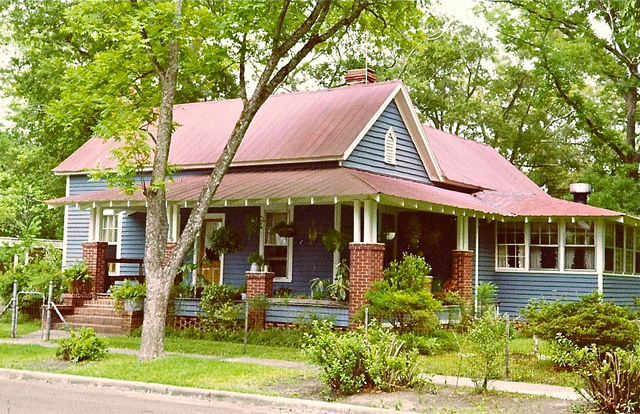 SOUTHERN EXPOSURE REMAINS AVAILABLE IN PAPERBACK AND WILL SOON BE AVAILABLE AS AN EBOOK.

The excerpt from SOUTHERN EXPOSURE is protected by copyright and may not be reprinted without the author's permission.