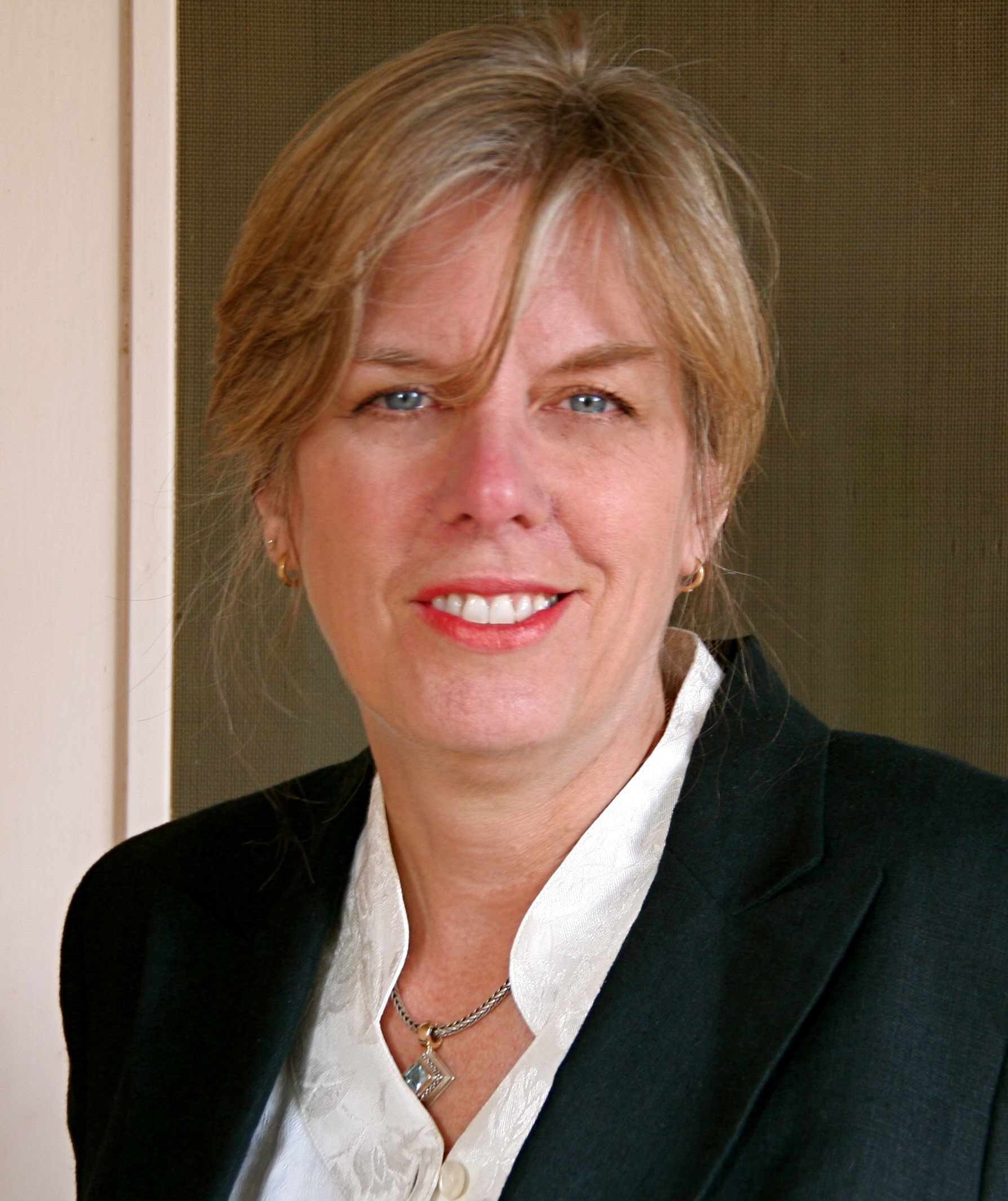 "Linda Lightsey Rice is one hell of a novelist. The book (Southern Exposure) has great depth, excitement, and seems as though written by a band of eloquent angels. Rice has a fiery, incandescent talent." 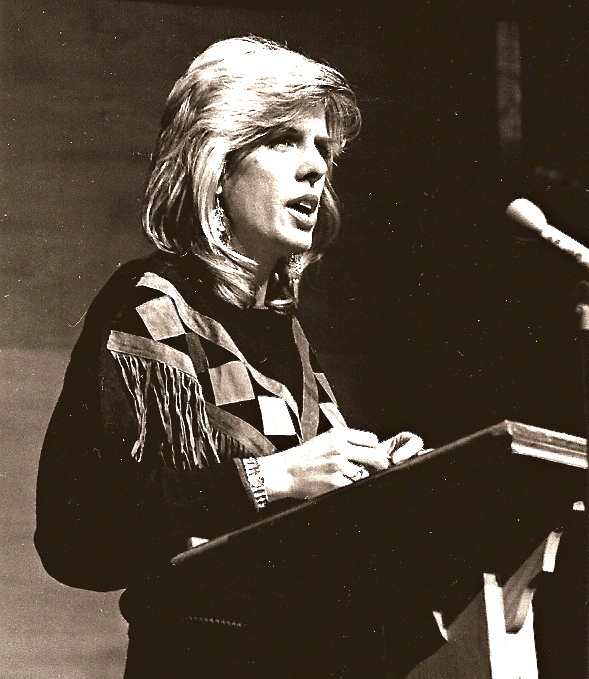 Delivering the keynote address at the Symposium on Contemporary Southern Culture at Lander College in South Carolina.

"The novel is a scary, complex form whose only guideline is the singular vision of a writer's psyche. I see the novel as a wild horse of story, language, and idea, who must be allowed to gallop yet reined at the same time. For this challenge we must find our best voice, our worst dreams, and our bravest words." 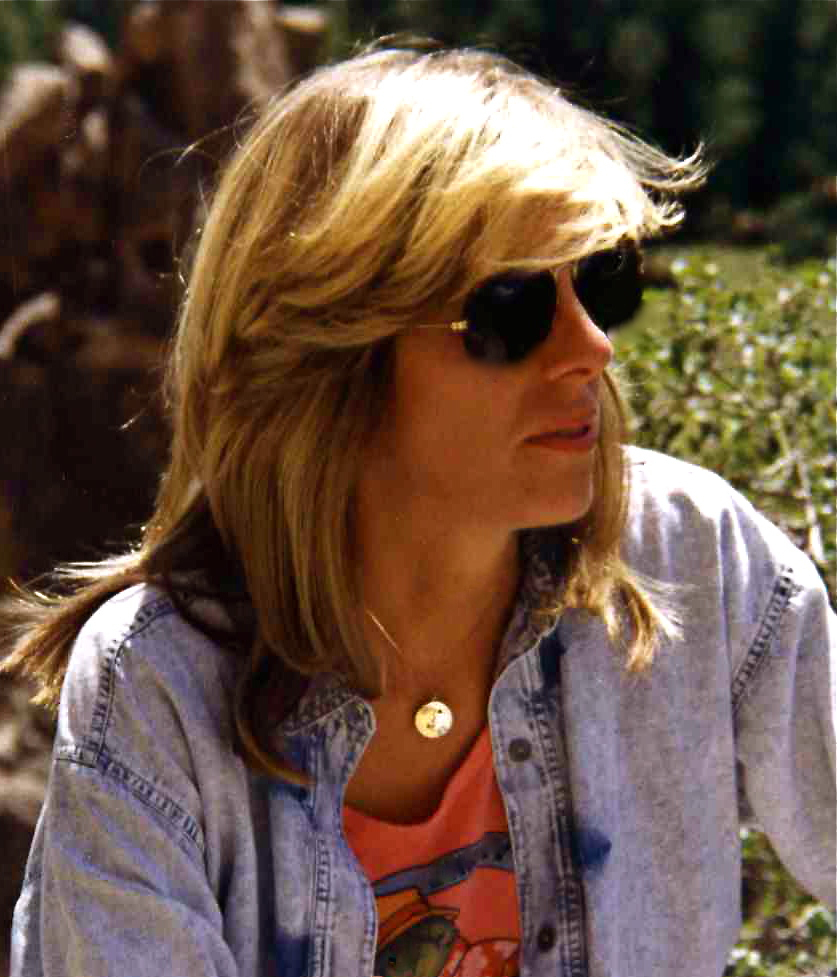 Welcome and thank you for stopping by.  This website needs some updating.  Coming soon!

I've always loved the Winter Solstice.  Perhaps it's the irony, that the shortest day of the year, and the longest night, presages the rebirth of the sun in our Northern Hemisphere.  As many know, after this solstice, our days will by minute degrees become longer and longer until the Summer Solstice in June. What we often perceive as the beginning of winter (though in many places meteorological winter has certainly already begun) is actually the slow increase in light that will take us eventually to Spring. Winter's darkness lessens from now on. And although at this time of the year varying belief systems separate us into groups, nature's system is shared by us all. On the Winter Solstice we're all part of the universal.

Blackest winter but daylight climbs a trellis
Whatever you believe accord its inverse
A manger birth, nine candles flicker, druids dance with whitened trees
Into all our narratives—may light come in.

Hate, violence, these are not borne of winter darkness--
The night sky cradles the morning star, and
snow is the softest grass of all.

A year turns its wheels, directions alter,
Chances re-begin.
In my life, yours--
New light is spinning. 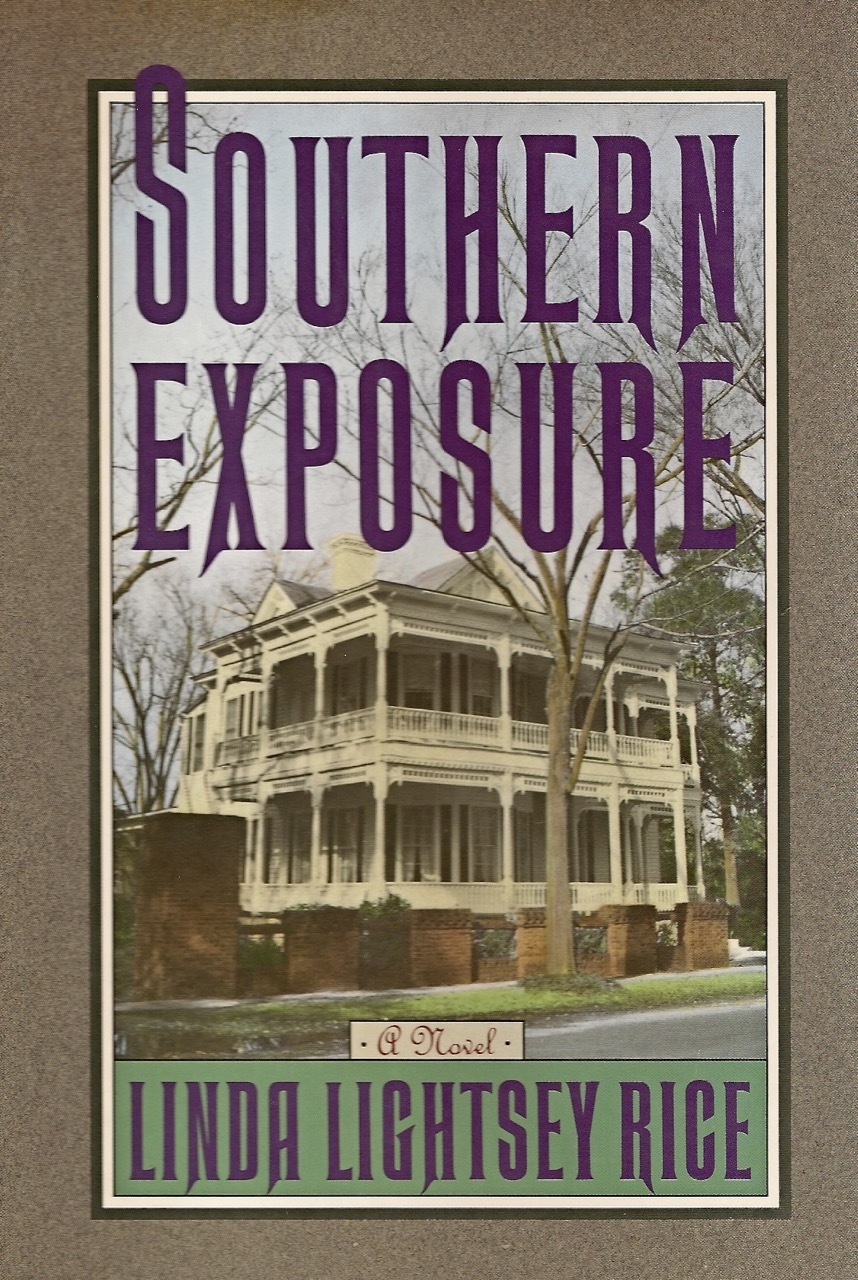 MOST RECENT NOVEL: Hardback, paperback, and eBook copies of AGAINST THE RUINS are available. Click the title in yellow at right for more info about the book.

Buy AGAINST THE RUINS Now 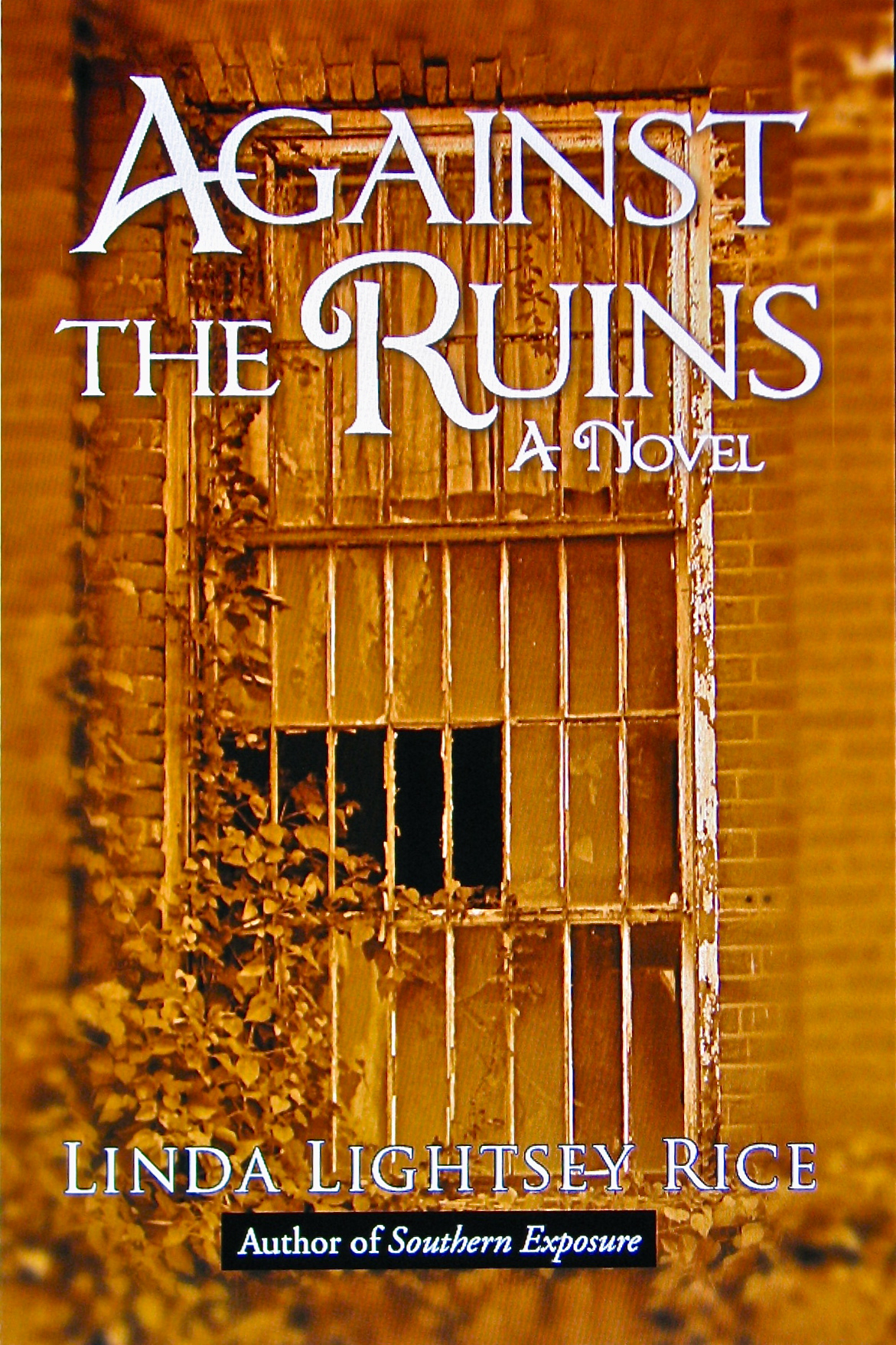 Download the Discussion Guide to AGAINST THE RUINS (2.34 MB)
RUINS Novel Slideshow

Linda Lightsey Rice is an award-winning novelist, essayist, teacher, speaker, and former journalist who began her career in the New York City publishing industry. She is the author of the novels SOUTHERN EXPOSURE and AGAINST THE RUINS and has taught creative writing at the University of Tennessee, Lenoir Rhyne University, the Chautauqua Institution, the College of St. Catherine, and the Loft Literary Center in Minneapolis. She gives creativity and writing workshops and has won numerous writing awards, including the McKnight Foundation Fellowship in Creative Prose.

AGAINST THE RUINS: The Story

On a December day in 1957 in South Carolina, schoolteacher Louise Copeland and her six-year-old daughter Lyra arrive home to discover that Louise's gentle war-hero husband has suddenly become psychotic and has slashed his wrist with a razor blade.

This is a gripping drama of madness and wartime trauma and prejudice against the mentally ill, culminating in mother and daughter--some fifty years later--finally facing the past that haunted the family for half a century. (CLICK on the title in right-hand box for more detail and a brief excerpt.)

"AGAINST THE RUINS is gorgeous, lush writing that almost takes your breath away, rich and layered, strewn with a fine sense of humor and an appreciation of the ridiculous even amid great agony. Rice is a huge talent."
--Natalie Goldberg, author of WRITING DOWN THE BONES

"Against the Ruins is such a beautifully written story. I found it spell binding and hard to put down. The author eloquently weaves the story from two points of view, mother and daughter. When you finish the book, you know you have read something truly special. It takes you through the time when women were put in their place, mental illness was a taboo topic, and segregation was still in place. The author is such a talented writer that as you read this poignant story, you are in awe of her ability to write in such a way that leaves you breathless."

"With a surprising counterpoint of dark humor and heart-breaking clarity, Linda Lightsey Rice has created a compelling study of mental illness, cultural rigidity, and individual triumph."

PLEASE NOTE: Click on the titles in yellow in the box at the right for more information about the author's literary works. More photos there too. To read more about AGAINST THE RUINS, also see also the "Author Interview" page.